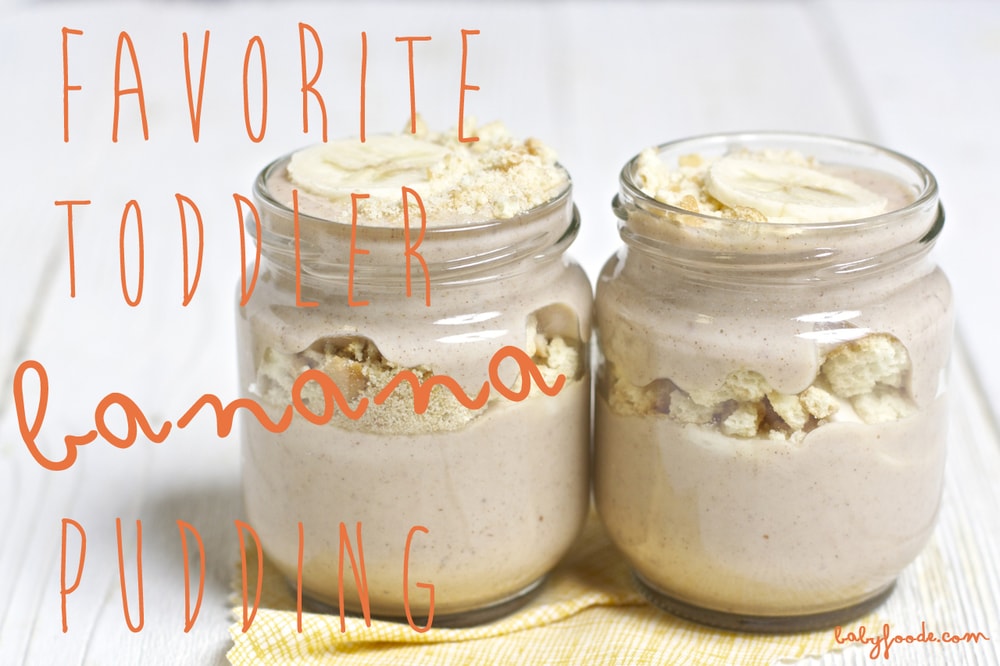 My excuses have been real – ‘I’m seven months pregnant and I get to eat what I want’ or ‘I probably need to restore my electrolytes because of this intense heat we are having’ and of course ‘I thought a brownie for breakfast was just another way of eating a chocolate scone’. There is no denying it, I am having some major cravings for anything sweet these days.

Which is a bummer because we are trying to cut down on refined sugar in our house [cue sad pout].

The funny thing is that instead of my go to desserts of cookies, brownies and anything with chocolate in it, which of course I will eat if they are in front of me, what I have been really dreaming about is a dessert I only ever get when I visit my in-laws down in Georgia from a small southern cafe – homemade banana pudding. Down there, they make it real. With real cream, butter and sugar. It’s served slightly warm and even though you have intentions of sharing your bowl with the rest of the table, you don’t. Because why would? The stuff is just too good to share.

The last time we went down there I was in the mist of my 5 months of all-day-morning-sickness and even though we went to that cafe on my request, I was too sick to have any banana pudding.

So I have been dreaming about it ever since.

It just took me awhile to actually wake up and make this a reality.

Not only did I have to make it healthy and without refined sugar, I had to make it so my little one would be hooked on it as well.

So I started by taking out the added corn starch (most brands of corn starch are made from GMO corn) that most pudding recipes call for, all the refined sugar and wheat products. What I left in was tons of pureed bananas, almond flour, natural sweetener, a couple eggs, organic whole milk and some spices.

The result is a dessert that you would never know is that healthy, one so creamy, rich and banana-ie that you would swear there was something bad for you in it.

And since it is so healthy, I went ahead and let my little one and myself have two servings, no sharing needed. 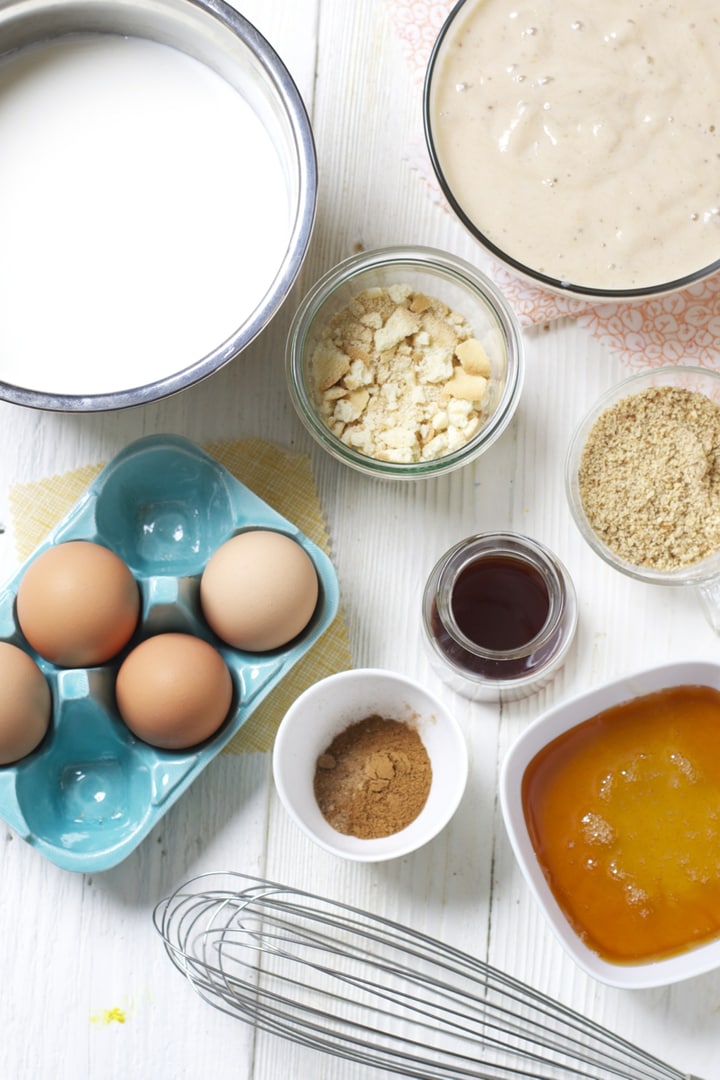 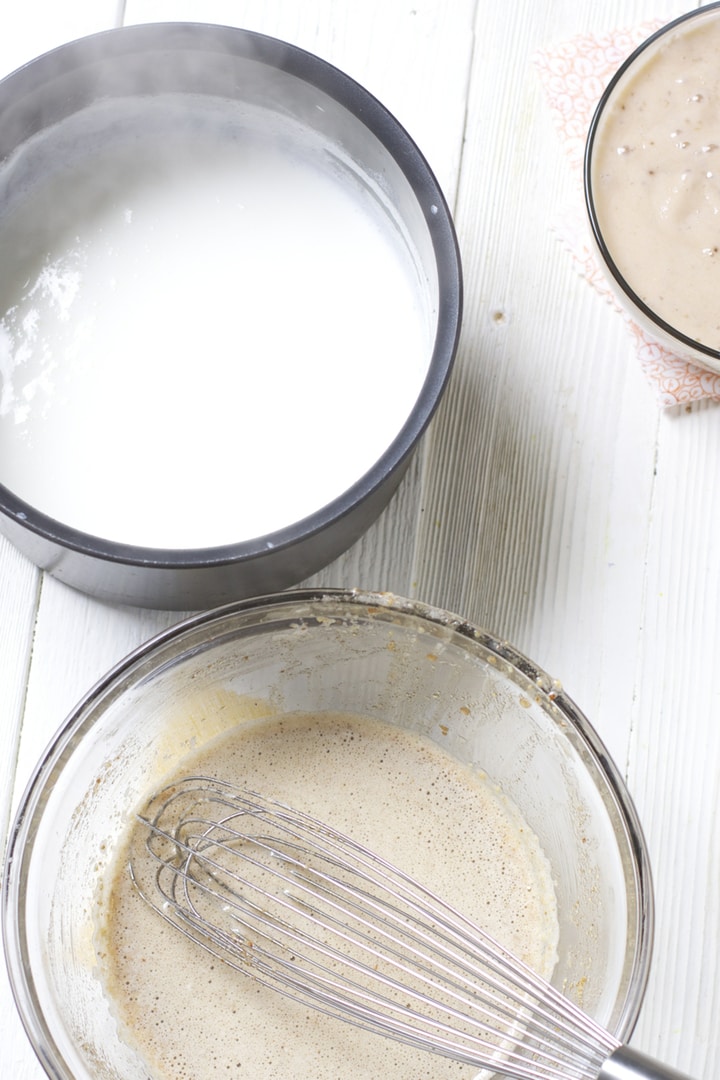 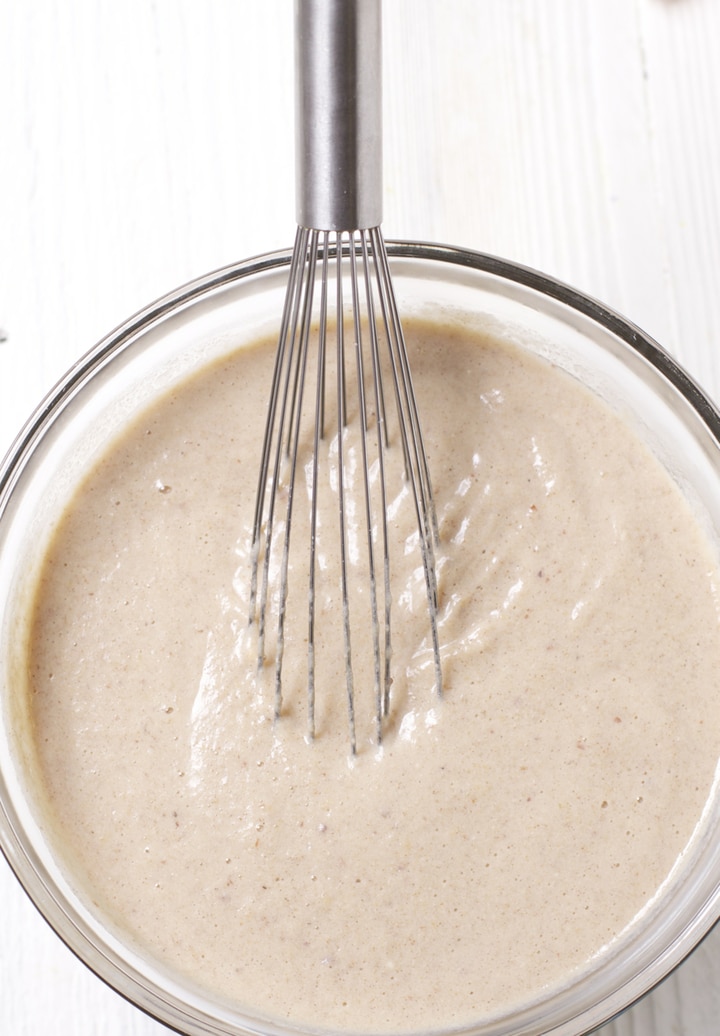 In a large mixing bowl, whisk together eggs, honey, agave nectar, flour and cinnamon. Set aside.

Puree 4 bananas in blender until nice and creamy.

Over medium heat, add milk to medium saucepan and bring to a gentle simmer. You will need to stir frequently to avoid scorching. Just as the milk begins to boil, remove from heat and whisk into the egg mixture in a slow, steady stream.

Transfer the milk and egg mixture back into the medium saucepan and bring back to a gentle simmer, stirring constantly to avoid scorching. Stir in the vanilla and then the banana puree, thoroughly mixing. Pour mixture into a clean bowl. Chill in fridge for at least 2 hours.

To layer, pour jar 1/3 full with pudding. Next layer in a couple of bananas and then a spoonful of gingersnaps or cookies. Fill the rest of the jar with pudding and finally add another slice or two of banana and a sprinkle of gingersnaps. 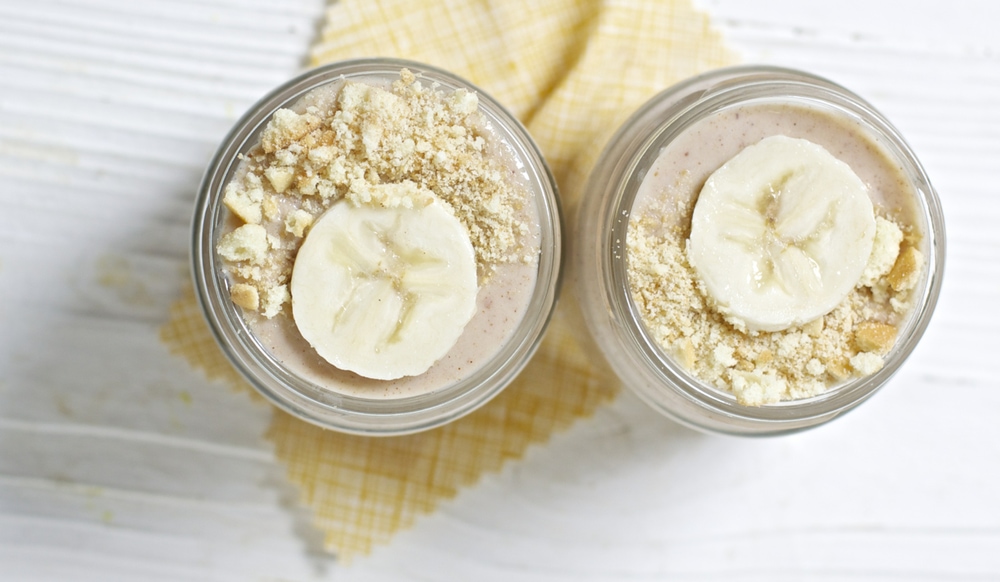