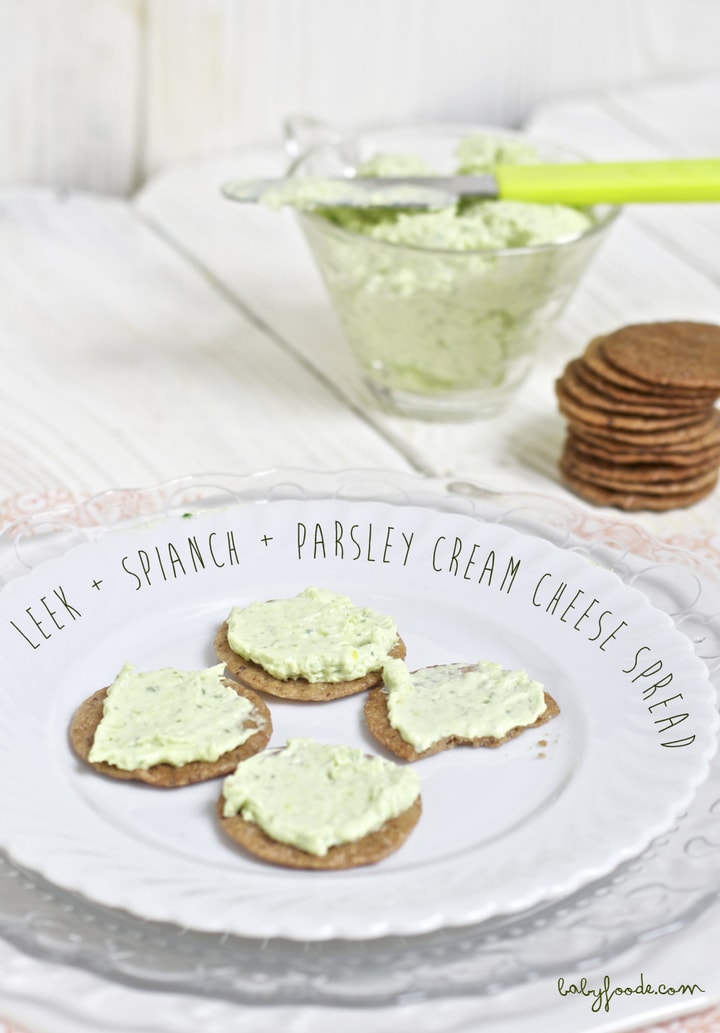 If there was one thing I would have never guessed the little kiddos would love, it would be their unconditional love for cream cheese. You see, it took me well over twenty years to fully appreciate cheese of any kind or variety, so it never really dawned on me that the little ones would go so batty over the stuff. That is until my friend Jen brought along a tub of whipped cream cheese and some crackers to a park outing.

The kids all but swarmed her for their own cracker spread with a thick layer of white magic. They sat there holding their treasure, very slowly licking the cream cheese off the cracker before asking for more, MORE, MORE! Their main goal was to get as much of the good stuff into their little mouths as possible, the cracker to them was just a convenient vehicle of getting the creamy goodness into their mouths and would later be discarded when they were done in a slimy sticky mess.

This park incidence was many months ago and it took me until just this week to put together the fact that if you mix in some healthy veggies and spices into the cream cheese not only would the kids devour it but they would get a severing or two of veggies as well. A mama couldn’t ask anymore from a snack or quick lunch. 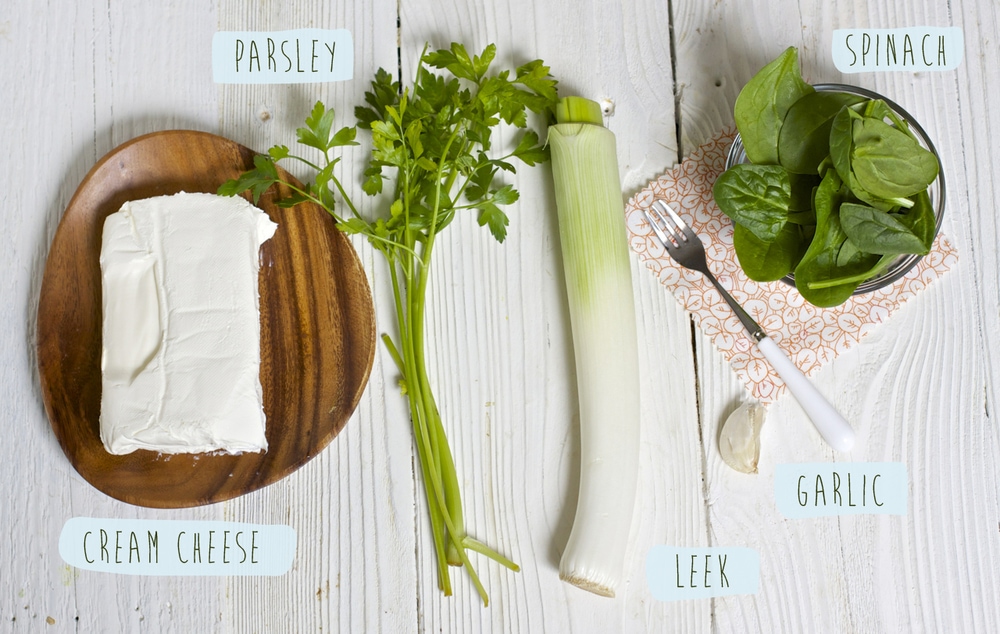 I started with a handful of spinach, because as of right now that is the hardest thing for me to get into my toddler, added in some spring leeks and parsley for a fresh and light flavor and then decided to add some garlic not only for its zesty taste but also because of its numerous health benefits.

The result is a rich spring like spread that was sharp yet smooth flavor that not only did little E devour but I did as well. As usual she tossed her crackers to the side when done with the magical cream cheese, I of course ate mine with a happy smile.

Other ways to serve this spread 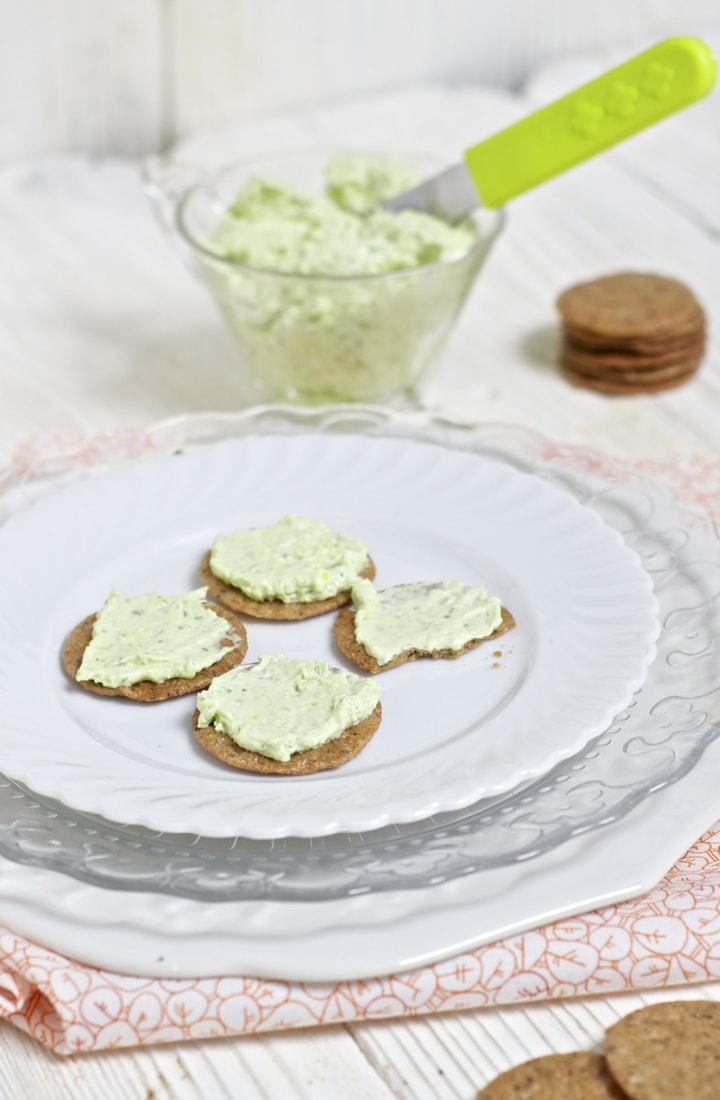 Trim leek, using only the light green and white stalk, roughly chop. Place all ingredients into food processor and blend until fully incorporated, scrapping sides every 30 seconds or so. Place back in fridge to harden for 30 minutes.

Will last 2 weeks in fridge. 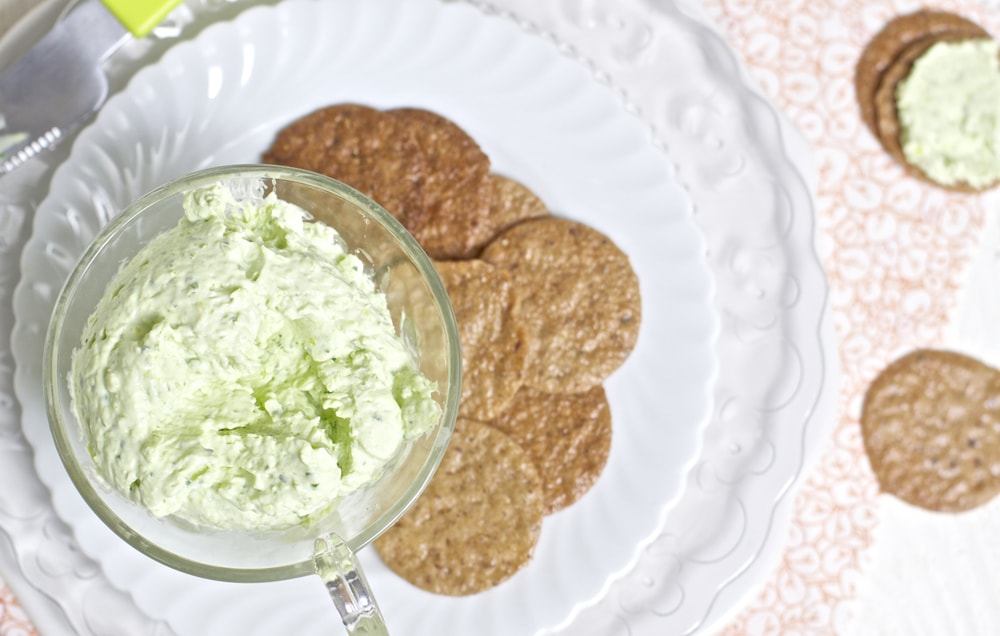